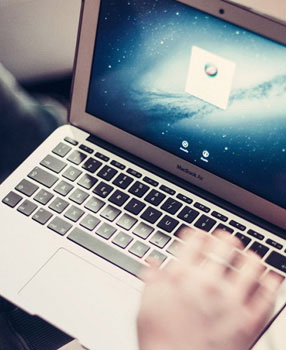 The DNS system is, in fact, its own network. If one DNS server doesn't know how to translate a particular domain name, it asks another one, and so on, until the correct IP address is returned.

Short for digital nervous system,a term coined by Bill Gates to describe a network of personal computers that make it easier to obtain and understand information.

The Domain name system comprises of Domain Names, Domain Name Space, Name Server that have been described below:

Domain Name is a symbolic string associated with an IP address. There are several domain names available; some of them are generic such as com, edu, gov, net etc, while some country level domain names such as au, in, za, us etc. 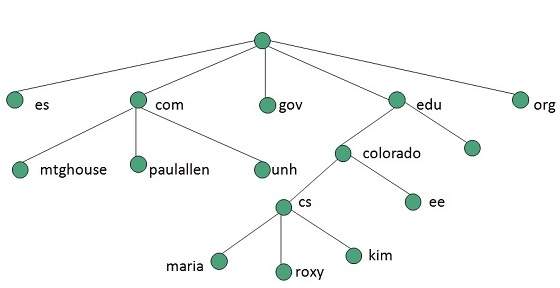 In the above diagram each subtree represents a domain. Each domain can be partitioned into sub domains and these can be further partitioned and so on.

Name server contains the DNS database. This database comprises of various names and their corresponding IP addresses. Since it is not possible for a single server to maintain entire DNS database, therefore, the information is distributed among many DNS servers.

Zone is collection of nodes (sub domains) under the main domain. The server maintains a database called zone file for every zone. 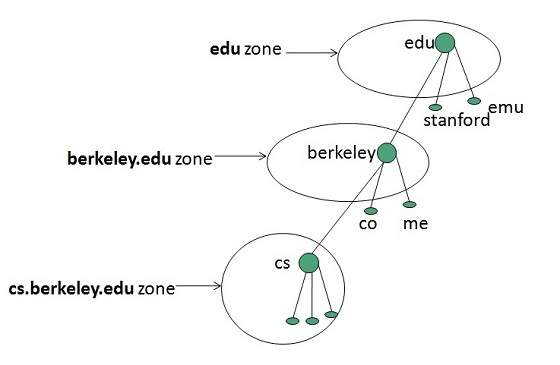 If the domain is not further divided into sub domains then domain and zone refers to the same thing.

The information about the nodes in the sub domain is stored in the servers at the lower levels however; the original server keeps reference to these lower levels of servers.

Following are the three categories of Name Servers that manages the entire Domain Name System:

Root Server is the top level server which consists of the entire DNS tree. It does not contain the information about domains but delegates the authority to the other server

Primary Server stores a file about its zone. It has authority to create, maintain, and update the zone file.

Secondary Server transfers complete information about a zone from another server which may be primary or secondary server. The secondary server does not have authority to create or update a zone file.

DNS translates the domain name into IP address automatically. Following steps will take you through the steps included in domain resolution process: